This week we held a webinar on how organizations can tackle the gender gap in the workplace and boost women in leadership. We were joined by 120 participants from around the world: from the UK, to Kenya, Brazil to Russia. From designing female leadership programs, to advice for women hoping to advance their careers, here’s a recap of the question’s participants asked the StratX team and our responses.

Question: How many participants do we have today?
Answer: 120

Question: How many women have joined today?
Answer: 113

Question: Can you tell us about the topics across the residential module you had on female leadership?
Answer: It was an experiential learning journey. As we had such a limited time – we had about three days for face-to-face with the participants, we tried to benefit the most from that. So, most of the topics and learnings were done through curated e-learning, depending on the business needs of the organization. What we do when we’re face-to-face is focus on the communication workshops, the business project presentation, the pitches, the networking, those kinds of things. Just so that they had more opportunity to apply what they learned. We do a little bit of a review of common business concepts such as financial acumen, which is seen as a need for this project, we do that through the business case study that we finish during the end of the second residential. The point is, we focus more on the experiential learning and training of doing and the learning we save that for the classroom of the remote parts.

Question: Would it be better to create leadership initiatives for both men and women to help raise awareness of the issue?Answer: That is something that can be done. The female leadership program we provided as an example, selected only women because they already had the potential and the purpose was to try to get them promoted from inside the company. We’ve also delivered leadership programs for both women and men and the idea is that you can create probably the same program for both, but the participants for this female leadership program really appreciated that they felt free to speak, to interact with the actors and it was a very special situation. Both can be done and it’s not just the participants but it’s for the managers and other people in the company that will help to create this kind of awareness.

It also comes back to the perceptions of the leader, being the “hero leader” – the return of the alpha male and one that is very boisterous. I think companies are starting to understand that that is not actually what the best leader can be and there are other qualities that make leaders special. And as they realize that, they probably see that a lot of the elements in the program probably won’t fit that vision.

What organizations can do to empower female leaders

Question: How can we stop gender bias?
Answer: Well the first thing is that you need to create awareness. The organization has to understand that this is a problem and we see many workshops and initiatives created to give people the opportunity to discuss it. That’s the first step. And then you can create training so everyone can understand it. Today we’re talking about gender bias, but bias can go across multiple diverse issues. But it’s not something that’s going to change from one day to the other, you need to give time for these initiatives.

Question: What can be done if the issue doesn’t come from managers, but instead the issue isn’t even recognized or there is bias from the top – such as the CEO?
Answer: This is a very serious problem and I will say that you can only do as much as you can. You can try to show results, the research, but then it’s true that if the company doesn’t have the right culture for change then you might have to choose another company to work for. And it’s those companies that are going to be losing a lot of talent if they don’t realize there is an issue that they have to solve. It’s kind of extreme, but these decisions might need to be taken.

Question: How could we calculate the positive impacts of having women in the organization?
Answer: There are many ways to do it, but you will need to monitor different groups when you have women in one group and have more of a balance compared to a group when you don’t. And you show the results, this can be in terms of profitability but also the work environment – there are different ways in which you can calculate it, but you need time to develop your case and be able to show the difference.

Question: Have you noticed any differences in business sector - do some have greater gender diversity/women in leadership?
Answer: Yes, we’d like to share the following research so you can see the difference by each sector. Depending on the sector women work in, it certainly can impact women’s confidence in going for leadership positions.

Advice for women hoping to rise to the top

Question: How do I go about getting a mentor? I haven’t come across this kind of initiative in my experience and I don’t think it’s very common.
Answer: Just being based in Paris, we did quite a bit of research here and there are quite a few organizations, depending on the industry they are in, that provide networks, not just for women but for men as well, that support each other and their career progression and you can find mentors from this sort of organization. I know a few people who have found mentors outside their own companies because they can’t get anything more from that company, so they go and find a mentor outside. It’s also great to have an outside perspective, from someone who isn’t in the same silo as you.

Question: How should women support other women in their organizations?
There are many ways you can help other women. You can create programs to give access to women, so they understand the other roles in the company. You can create meetings that give women more visibility. You can introduce other people to other women so they can reach a bigger network. There is something called peer-to-peer coaching and you can do this and it doesn’t have to be done by people higher up in the organization, it can be done at the same level, and you can talk about the issues that you have, it can be business or more personal, but that support is very important.

Question: What is your view on whether women should find other females to mentor them vs men?
Both are important and helpful in different ways. Having a female mentor might be useful because she would be able to understand better the complete situation and challenges that men don’t face.

On the other hand, men can offer a different perspective – also useful to handle some situations and be great sponsors.

Research says that women are afraid to have an older man as a mentor because it might be misinterpreted. It’s not the same to see two male colleagues having lunch or going for a drink, then a woman and a man. For this reason, women avoid this kind of meetings that are key to expand their network.

In other cases, women just don’t get access to these opportunities. One of the participants (on the chat) said that there was a lunch, and she wasn’t invited. There were only men. This is exactly why companies need to implement programs and incentives to create the best conditions for both -women and men.

Question: How do you think we could include women leaders that are moms and balance their time? Any examples?Answer: Just to flip it around, in our experience, having worked with some very amazing women who have come from subject-matter experts and participants in our programs, they take a lot of responsibility for themselves, it might be difficult to do and it’s easier said than done but they set clear barriers and they set clear times for when they want to be home with their families, spend time with their children, the phone goes off and those occasions are sacred. So, it’s a two-way street, companies need to be more conscious of the responsibilities of working mothers and dads but also a lot of the leaders we have spoken to have said that we must take responsibility to take time on their own.

Question: How could self-employed women develop their leadership skills?
Answer: I think personally from a lot of the women I’ve met who are self-employed, it relies heavily on networking – going through different organizations outside of their own work sphere but also their clients or consultants, they can find women who can act as mentors and provide advice and support for them on the outside. So definitely, the networking can help you even more if you’re self-employed.

Question: How would recommend getting started if you are new to a company and late career employee
If I’m new, I guess the first step would be to understand the culture of the company and how things work there. Then, I should be able to identify the opportunities, potential allies and ways to engage people. Being a late career employee, probably means that I also have an important experience that I can use to leverage my initiative.

Question: How do you see automation and other upcoming changes in the employment landscape impacting women’s leadership?
Answer: Well I don’t think it’s going to happen with just women, it’s going to happen to all of us and this is a topic we’ve been discussing a lot. When we talk about IQ and EQ and the fact that women are typically have higher emotional intelligence - that’s going to be a positive point for women. I think if women can provide these skills that automation won’t be able to replace then women will offer more value there. There is research stating that men are more likely to be impacted by automation and artificial intelligence so that’s something for the men to think about. But while we’ll talking about balance, we need to ensure that we have equal opportunities for both genders.

For those who missed the webinar, you don’t need to miss out! Sign up to receive the recording today!

A 5-Step Plan to Improving Diversity & Inclusion in the Workplace

Not only is improving diversity and inclusion in the workplace... 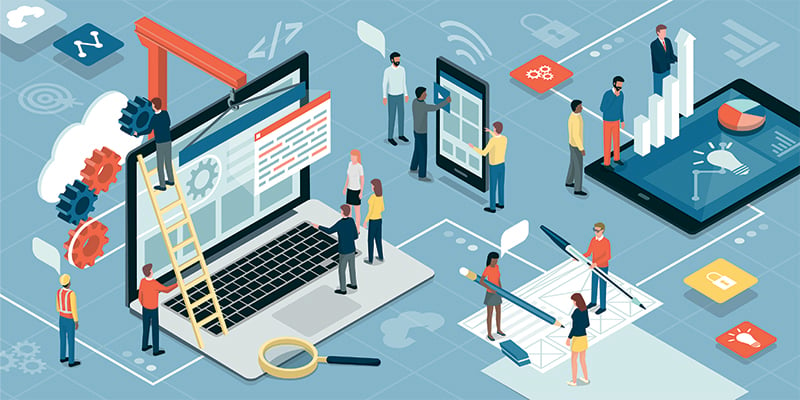 Many of today’s situation make “business as usual” not an...

How Digital Changes the Face of Pharmaceutical Product Launches

The pharmaceutical industry is an interesting and innovative... 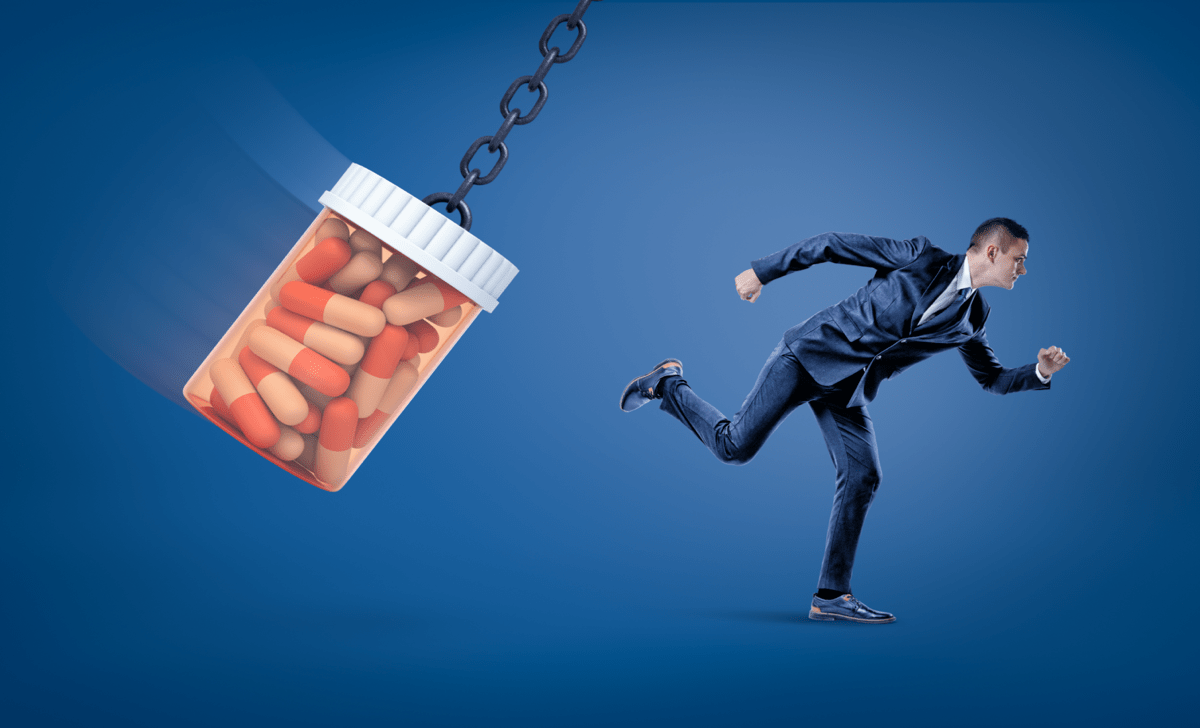 The biopharmaceutical industry is at a critical turning point.

This site uses cookies. By continuing to browse this site you are agreeing to our use of cookies, however you can change your settings at any time. Accept to continue.